Mohammad Javad Moafi was born in Behshahr, Mazandaran, Iran on September 19, 1975. Moafi graduated in the field of translation from Azad University, Qom Branch, Iran in 1998. Moafi has been engaged in teaching and translating ever since. Moafi did his MA in translation at Sheikh Baha’i University in Isfahan, Iran in 2010. Moafi received his PhD in Applied Linguistics from South Tehran Branch of Islamic Azad University in 2019.

Dr. Moafi has been translating for different centers. He was the simultaneous interpreter at the International Conference on Family Law, Tehran, Iran in 2009. He was the translator of the first and second volumes of the book “I Talk With God About Everything” (Memorable Days & Lovely People) in 2012 and “Bam Is Alive” in 2006 at the request of Teachers Training Center of Children and Teenagers affiliated with Islamic Propagation Organization. He was the translator of “Dordaneh” which was a biography of Grand Ayatollah Bahjat at the request of his bureau in 2010, “The Sky of Piety” which was a biography of Grand Ayatollah Najafi in 2015, and “The Shrine of Love” which was a travel log of the Sacred Shrine of Imam Hossein (P.B.U.H.) from Qom to Karbala in 2015. He has translated the documentary “Mahe Guyan” which was a story on Hojjatolislam Ebrahimi’s martyrdom at the request of Channel One of IRIB, Iran in 2008. He is also the writer of the Persian book “New Techniques in Language Learning” as well as editor of the translation of the book “NTC’s Common American Phrases in Everyday Contexts” Published in Qom, Iran in 2017. He is currently the official translator of the scholarly journal of Research Quarterly in Islamic Ethics. 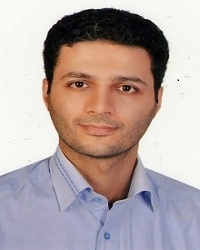